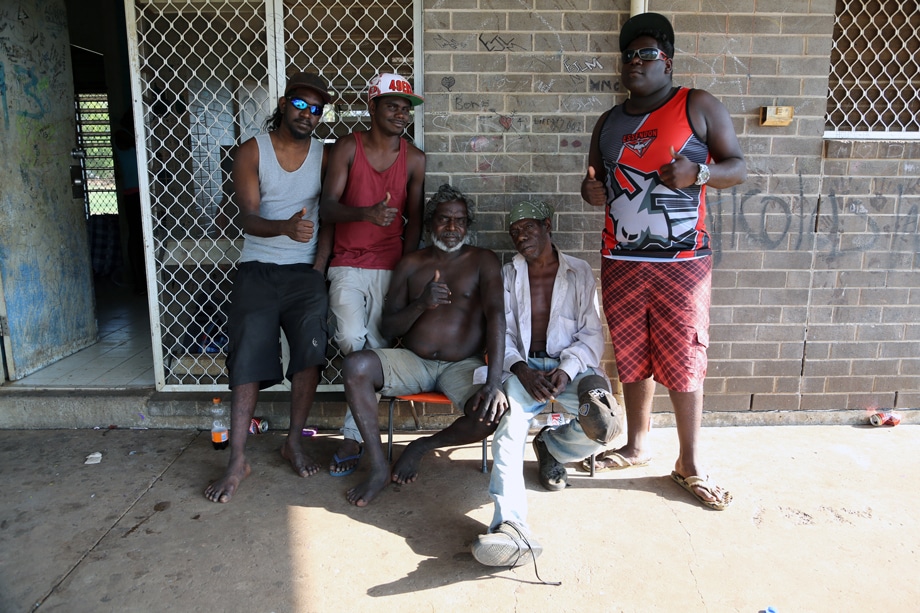 Liddywoo Mardi has had three open heart surgeries in his 18 years, all because of a simple strep throat infection he caught at the age of seven while living in his Northern Territory community of Belyuen, on the Cox Peninsula.

Describing what it was like to suffer from rheumatic heart fever, Mr Mardi said he was “weak … and not moving. So stressed, trying to walk around but couldn’t. Getting short of breath”.

He said he felt better after having multiple heart surgeries in Melbourne.

“[I was] happy, could walk around, run around, playing with my brothers,” Mr Mardi said.

But it was brief, because each time he returned home he was exposed to the same infection due to poor living conditions.

“But if that person returns to poor housing conditions that’s packed with the strep germ, then they’re starting back from ground zero … and they’ll have another rheumatic fever episode.”

“That eventually leads to heart failure, being short of breath, swelling of the arms and legs and not being able to walk around or play around.”

The disease used to be very common in Melbourne, Sydney and Adelaide, but rates have declined dramatically over the past 50 years.

But it remains a major problem in the top end of Australia, especially in Indigenous populations.

“The Northern Territory has the world’s highest rates — approximately 2 to 3 per cent of all children and young adults have Rheumatic Heart Disease,” Dr Remenyi said.

It progressed to heart disease, and before his most recent of three open heart surgeries, he would cough relentlessly and wheeze with each breath.

“Walking around, playing with my brothers, hunting, spearing, slow me down and I can’t do it no more,” he said.

But he is one of the lucky ones.

Doctors have removed his aorta valve and replaced it with a mechanical valve, which Mr Mardi calls his “grasshopper”.

He also takes daily blood thinning medication to ward off a stroke or heart attack and has weekly blood tests.

3,000 people are being treated for RHD in the NT

‘Most of developed world’ have wiped out RHD

Rheumatic heart disease (RHD) is caused by several or one single acute bout of rheumatic fever, predominantly in children.

The disease damages parts of the heart, but mainly the valve.

It is caused by an untreated throat infection or group A Streptococcus.

“This is a very important message, that a sore throat in a child or skin sores in a child should not be ignored and should be treated immediately, especially in remote communities of Australia and disadvantaged populations because in those populations rheumatic fever and rhematic heart disease is much more common,” Dr Remanyi said.

The risk of death from RHD is 20 times higher in Indigenous communities than the general population, and up to 3,000 people are being treated for the disease in Northern Territory.

Dr Remanyi said it was a very disappointing statistic because the disease was entirely preventable and should not even exist in Australia.

“Most of the developed have wiped it out. In Melbourne in 1950s there were designated hospitals for rheumatic fever, but that has disappeared. Rheumatic fever has essentially disappeared from Melbourne and established and well-off communities,” Dr Remanyi said.

“Rheumatic fever is a disease of socially and economically disadvantaged populations.”

She said a lack of education, access to healthcare and poor or overcrowded housing were the major contributing factors behind the disease.

Dr Remanyi is part of a documentary Take Heart, that aims to raise awareness about the relatively unknown disease and how easily preventable it is.

The documentary’s director, Mike Hill, said it took three years to film and followed the stories of four young people, including Mr Mardi, who had to leave their communities for heart surgery in Melbourne.

“What I discovered was families and communities we were working with were hungry for information about RHD and how to prevent it and that’s what the story is about,” Mr Hill said.

“It’s a national disgrace that we have RHD still in Australia today.”

He said he wanted the documentary to influence policy makers so they could prioritise eradicating the disease.

“You can’t Close the Gap unless you deal with RHD,” Mr Hill said.

“RHD actually presents an opportunity if you prevent it. Because you need to deal with things like housing, education and access to health services.”

Dr Remanyi agreed and said Governments could not Close the Gap until RHD was gone, and that required fixing the social determinants of health.

“Starting from preschool, we should be educating children about hygiene and germ theories and how infections are spread,” Dr Remanyi said.

“And housing, it’s critical to address housing. It doesn’t matter how educated you are, if you have 20 people in a two-bedroom house, then it’s hard to prevent any infection spreading.”

Mr Mardi said now he was healthy, he was hopeful about his own future and wants to be a park ranger.

“I can do anything: walking, running, jogging. I can walk for miles for hunting,” he said.

But he said his main hope was that no other children suffered from RHD in Australia and has called for a vaccination program to help eradicate the disease.