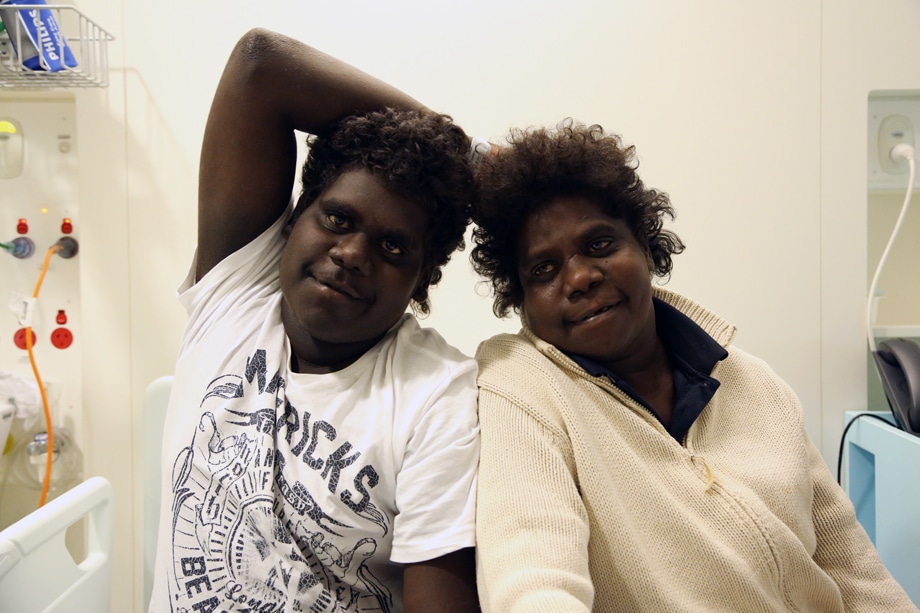 “The doors don’t open and close normally and it allows the blood to go backwards rather than forwards,” Darwin-based paediatric cardiologist Dr Bo Remenyi said.

“That eventually leads to heart failure, being short of breath, swelling of the arms and legs and not being able to walk around or play around.”

The disease used to be very common in Melbourne, Sydney and Adelaide, but rates have declined dramatically over the past 50 years.

But it remains a major problem in the top end of Australia, especially in Indigenous populations.

“The Northern Territory has the world’s highest rates — approximately 2 to 3 per cent of all children and young adults have Rheumatic Heart Disease,” Dr Remenyi said.

It progressed to heart disease, and before his most recent of three open heart surgeries, he would cough relentlessly and wheeze with each breath.

“Walking around, playing with my brothers, hunting, spearing, slow me down and I can’t do it no more,” he said.

But he is one of the lucky ones.

Doctors have removed his aorta valve and replaced it with a mechanical valve, which Mr Mardi calls his “grasshopper”.

He also takes daily blood thinning medication to ward off a stroke or heart attack and has weekly blood tests.

Over the past two years he has grown up on film, hoping that a new documentary called Take Heart, will warn other children not to make the same mistakes.

“To show every little kid not to play in the rain and mud otherwise they might end up like this, sick,” he said.

Take Heart looks at the social and environmental factors leaving Indigenous Australians at higher risk, and premiered in Melbourne tonight ahead of next Thursday’s national Close the Gap Day.

Director of the documentary, Mike Hill, said he took on the project to help raise awareness about the disease.

“When you talk to Indigenous Australians, almost everyone you talk to in that group will have some sort of personal connection,” he said.

But Mr Hill said their stories were being lost in translation, or drowned in competing public health messages targeted at Indigenous communities.

He said he hoped the film would help see the disease dealt with as a higher priority on the public health agenda.

“We’re hoping it’ll become an election issue, so that the eradication becomes a priority in Australia in a similar way to what’s happening in New Zealand at the moment,” he said.